Dr Meredith Belbin originally identified the Team Roles as part of a unique study of teams done at Henley Business School, Henley-on-Thames, UK. The study included a business simulation game. In 1969, Dr Belbin was invited to a study of team behavior using this business game as a starting point. Meredith and his wife Eunice, along with Bill Hartston (a mathematician and international chess master), Jeanne Fisher (an anthropologist) and Roger Mottram (an occupational psychologist) began planning a research project to study management teams in action.

The research at Henley
The research team began with selecting managers from a number of organizations,. These managers took a variety of psychometric tests: some familiar and some derived by Dr. Belbin. Three business games were conducted in a year. There were eight teams playing each game, and there were observers methodically recording different interactions and contributions from the players. The observations were studied after the event. This research was the basis from which Team Role theory would spring, although its significance was not fully recognized at the time.

Focus on Teamworking
Dr Belbin continued to put his research into practice, guided by the principle of building on success and understanding the reasons for failure. While breaking down the bureaucracy and policy which hampered organizations, the practice focused on giving individuals opportunities in line with their abilities and interests. In 1981, Dr Belbin expounded Team Role theory in his seminal book, "Management Teams: Why They Succeed or Fail". The book was later named as one of the top fifty management books of all time.

In 1988, Dr Belbin, Eunice and their son, Nigel, formed Belbin Associates to help promote Belbin Team Roles all over the world. In 1993, Dr Belbin published "Team Roles at Work", which provided more practical applications for Team Role theory in the workplace. Since then, Belbin Associates has gone from strength to strength, with distributors spreading the Team Role message to individuals and organizations world over.

Dr Meredith Belbin today
In recent years, Dr Belbin has visited China and Russia speaking about the application of Team Roles in different cultures. His message was well-received by the Russian Atomic Energy Authority and helped change attitudes to management in Russia. Rusal, a Russian Aluminium Company, embraced Meredith's philosophy with regards to Organizational Structure as well as individual difference. Today in his 80s, Dr Meredith Belbin still plays an active role at Belbin Associates.

Read on or contact us to have a Belbin Accredited CERT Lanka Consultant call you back on how we can partner with you in transforming the performance of individuals and teams in your workplace, in ways that are sustainable and enduring.

Specialist
Strengths: Single minded, motivated by the pursuit of knowledge Allowable Weaknesses: Contributes on a narrow front, dwells on technicalities 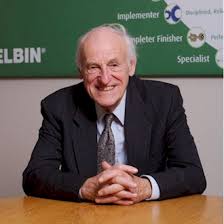